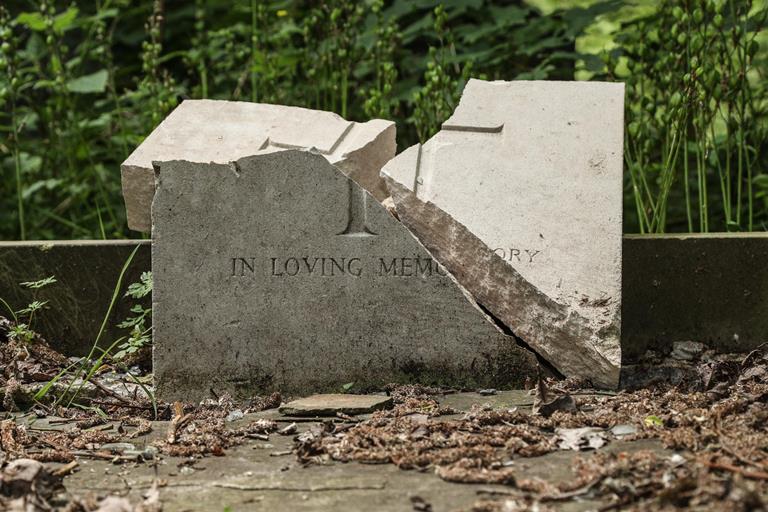 YOBS who smashed and damaged graves of war veterans in the run up to the 75th anniversary of the D-Day landings have been branded “a disgrace”.

Gravestones in Hirst Wood Burial Ground, Shipley– of soldiers who fought in the First and Second World Wars and in one case trained the Bradford Pals – have been smashed by vandals, leaving the community in shock and anger.

Members of a local regeneration group said the damage caused was “disgusting” and lamented the complete lack of respect shown to those who gave their lives to protect freedom.

It is believed the military graves were targeted as civilian plots had been left untouched.

This is an abridged version of an article published in The Telegraph & Argus. You can read the full story and see more pictures on their website: HERE