Commonwealth war graves have been damaged in an 'appalling' attack in Belfast City Cemetery.

Police say they were alerted to the damage of three graves on Friday 4th October with another nine reported on Mon 7th October.

Chief Inspector Christian Bradley said “I would appeal to anyone with any information that could assist with our investigation to contact police in Woodbourne on the non-emergency number 101 quoting reference 592 07/10/19.

"Alternatively, information can also be provided to the independent charity Crime-stoppers on 0800 555 111 which is 100% anonymous and gives people the power to speak up and stop crime.”

The Commonwealth war graves in Belfast City Cemetery commemorate more than 560 people killed in the First and Second World War. 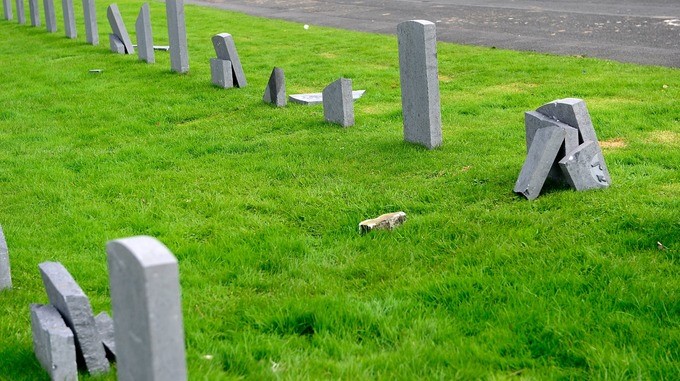