Ambitious plans have been revealed for an £8m "Veteran's Village" for former servicemen and women in East Yorkshire. 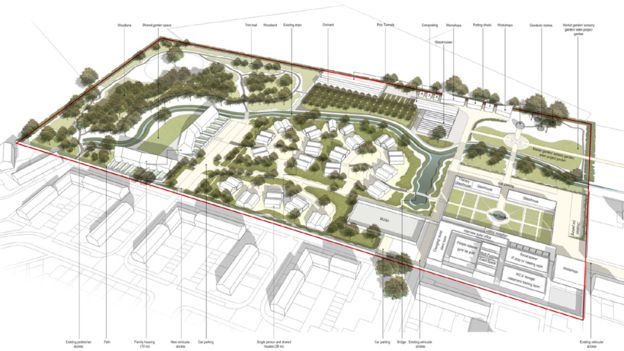 If given the go-ahead, the project would see 58 modular-build properties being constructed along with a new horticultural therapy centre to help ex-military personnel adapt to life after service in the armed forces. Also, a market garden where residents would grow fruit and vegetables for sale.

The project has been developed by the Hull4Heroes charity and is supported by the region's two local councils.

If approved, the project is expected to open in 2020.

"When you are in the forces you are conditioned to be a certain type of person," he said.

"Throughout the many years you are in the forces you come out to an alien place, an alien life really an alien community.

Plans for the development will go on display very soon.

Hull City Council said that funding for the project would be a mixture of public grants and donations from the private sector.